I’ve had a few dogs over the course of my life, but none have been as special as Ham, my year and a half old lab mix.

He has more strange quirks and funny habits than any dog I’ve ever met. These are just a few of the ways he brings a little light into my life.

1. When he passes out while staring at my boyfriend.

2. When he starts running around the house insanely because he saw a squirrel.

I’ve never quite understood it. The squirrel is simply his mortal enemy. All he wants in life is to go get that squirrel.

3. When he sees your reflection in the window and starts barking at the Window People.

Who are those people!?!?

4. When he sees his own reflection in the skylight and starts barking at Sky Dog.

5. The way he farts every time he jumps off the couch.

Or anything for that matter. Every time he jumps down from anything he rips an audible fart. What an old man.

6. When I try to wake up my boyfriend by sicking the dog on him…

…and he just goes to sleep on the bed.

7. When I’m not sure if he’ll be good with puppies or kids and he ends up being the best.

Except for that time he humped the puppy at the dog park.

8. When he is for no reason terrified of his dog bowl.

We ended up switching back to the old bowl.

9. When I have to fish his antler out from under the couch a dozen times a day.

Because he refuses to chew on his antler anywhere but right next to the couch.

He’ll get ahold of it and walk in circles out of the room. It’s entertaining as hell.

11. When he clearly really has to poop while out on a walk.

But he refuses to go because he’s too excited.

12. Or when he starts to poop while on our walk.

And doesn’t bother to stop walking, leaving a trail of poop behind him.

13. When he nearly jumps the fence every time someone comes over.

We’re all pretty amazed by the hops this dog has.

When Ham gets especially tired, he gets these big, pouty lips. It’s pretty funny.

He always reacts the same when I get home. I guess it’s my fault for not teaching him how to tell time.

17. The time I snapped this photo of him: 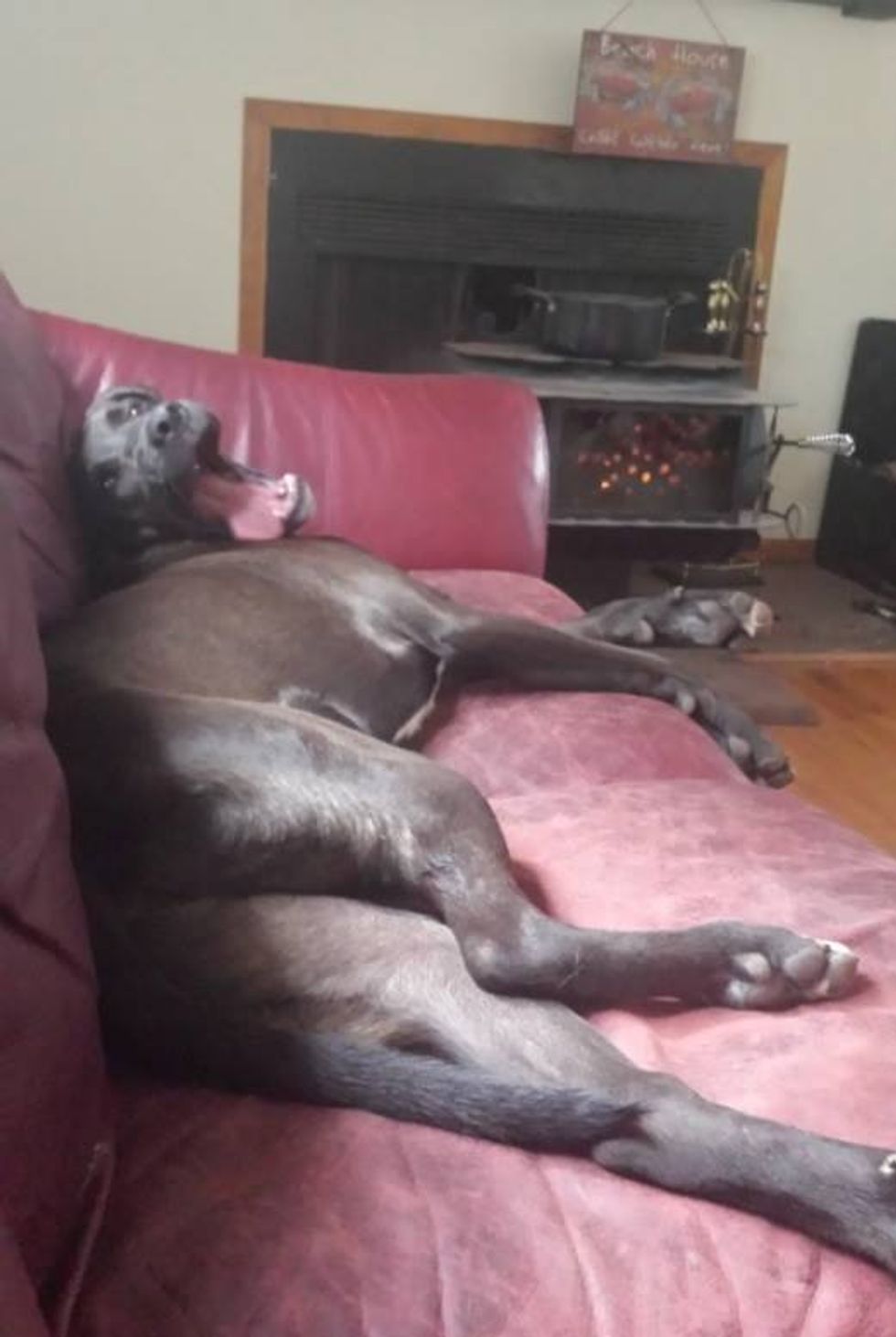 I think just about anyone who considers a dog to be their best companion through life have plenty of funny stories about their pooches too.