The Earth Just Sent Us All To Our Rooms

5 Techniques For Grounding And Connecting To The Earth's Frequencies

Are you still searching for your life purpose?

You won't believe what the science of Numerology can reveal about you!

That's right, the numerology of your birth date, regardless of what month you were born, can reveal surprising information about your personality.

Unlock the messages hidden in your Personality Code now with your free personalized video report!

Click HERE to learn what Numerology says about your life using only your Name and Birth Date.

Here are five techniques for grounding yourself and connecting to the Earth's frequencies...

This shouldn't come as a surprise to you at all. Want to be better connected with nature? Want to get back to feeling close with the Earth? Spend time in nature.

Go outside. Spend some time walking barefoot on the bare ground every day.

Not even joking. Hugging a tree, or simply touching other organisms, balances out your energy field.

Visualize yourself harmoniously accepting the earth's energy field through your own. Visualization is an ancient practice that is effective and can be done any time.

4. Do a tree meditation.

Tree meditations are simple. You simply visualize yourself as becoming a tree. Your feet grow into the ground as roots and your legs become the trunk.

Your torso, arms and head sprout into mighty branches and leaves. Your back straightens and you feel the Earth's energy rising through you.

5. Do a mountain meditation.

As with the tree meditation, you visualize yourself becoming a mountain.

You imagine your legs shooting into the ground, grounding you as your body becomes a hill, a butte, and eventually a mountain.

The trees grow at your feet and your head exists in the clouds. You exude earthly vibes.

Are you still searching for your life purpose? You won't believe what the science of Numerology can reveal about you!

That's right, the numerology of your birth date, regardless of what month you were born, can reveal surprising information about your personality.

Unlock the messages hidden in your Personality Code now with your free personalized video report!

Click HERE to learn what Numerology says about your life using only your Name and Birth Date.

If you found this information interesting or helpful, please remember to SHARE the article with your family and friends on Facebook!

French brand Lacoste has teamed up with IUCN's SOS (Save Our Species) — a nature conservation charity — for a limited-edition collection of polo tshirts.

The tees have logos of endangered animal species instead of the green crocodile, and were launched on the runway during the brand's show at last year's Paris Fashion Week.

The species are: the California condor, the saola, the Sumatran tiger, the Anegada ground iguana, the vaquita, the Burmese roofed turtle, the northern sportive lemur, the Javan rhino, the Cao-vit gibbon, and the kakapo.

"For the endangered species of this world, the crocodile abandons its ancestral place," say Lacoste, who had previously never changed their green croc since its debut 85 years ago.

The globally recognized logo was designed as an homage to the brand's founder René Lacoste, who was dubbed "The Crocodile" because of how he dealt with his opponents on the tennis court.

The new, limited edition logos were produced using the same green coloring and embroidery style as the crocodile.

Each of the 10 designs were produced in limited numbers, corresponding to the remaining population size of each species in the wild.

For example, just 350 polos were produced featuring the Sumatran Tiger, whose main threats are poaching and deforestation. The smallest batch—at just 30 pieces—features the California porpoise, who due to overfishing is one of the most threatened mammal species ever.

Other species include the Burmese turtle, the northern weasel maki, the Java rhino, the eastern black crested gibbon, the kakapo, the California condor, the saola, and the Anegada iguana.

Each Save Our Species polo was retailed at $185, and the total collection of 1,775 are already sold out, with the profits of each sale donated to the IUCN conservation.

However, If you'd still like to contribute to the worthy cause, you can still donate via the Save Our Species website.

This article was originally published on www.artfido.com

In an effort to raise awareness for endangered species, sports fashion brand Lacoste has replaced its iconic crocodile logo with 10 different animals, which represent species that are sadly facing extinction.

Featured on the brand's classic white polo, the limited edition collection—titled Save Our Species—marks a three-year partnership between Lacoste and the International Union for Conservation of Nature.

Each of the 10 designs were produced in limited numbers, corresponding to the remaining population size of each species in the wild. 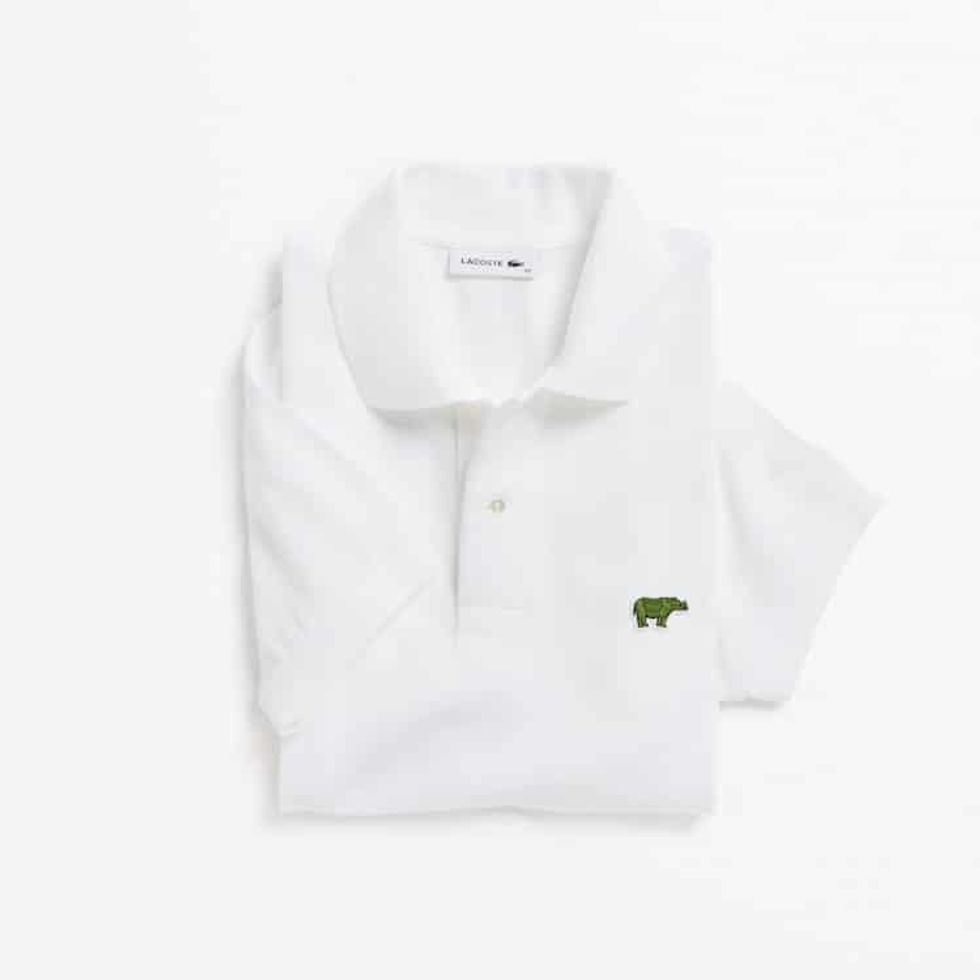 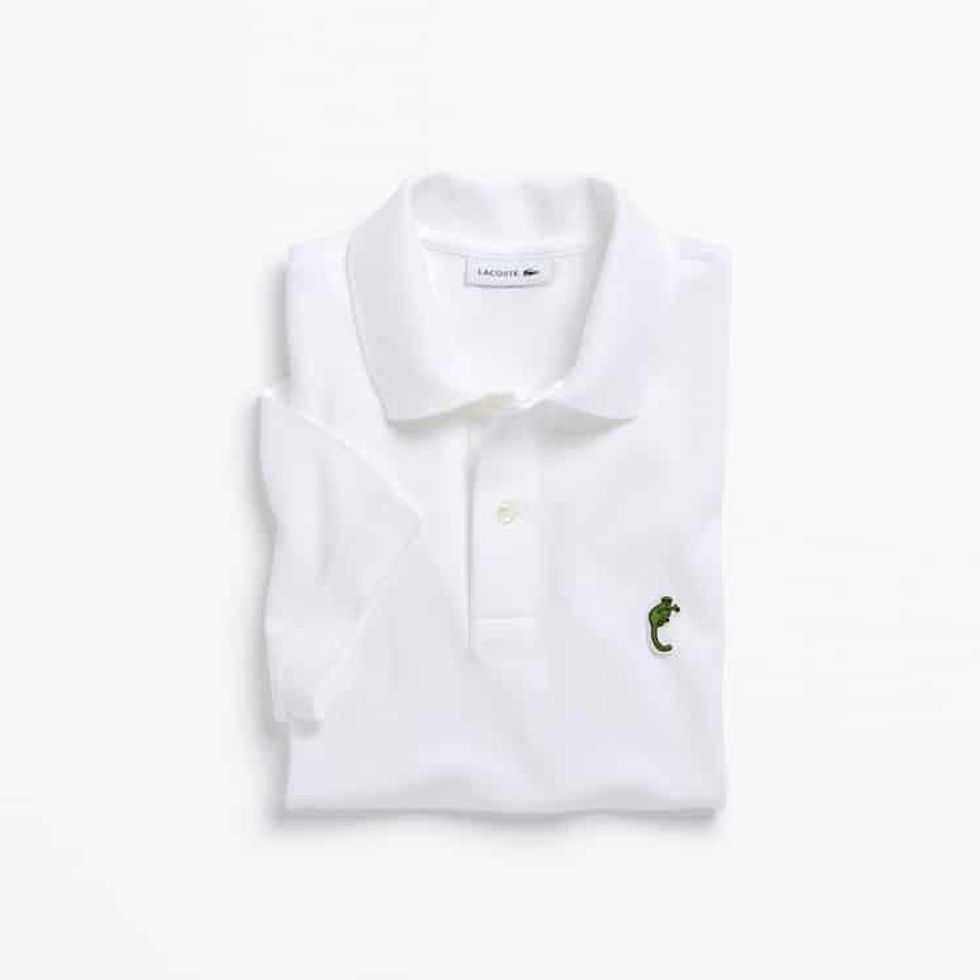 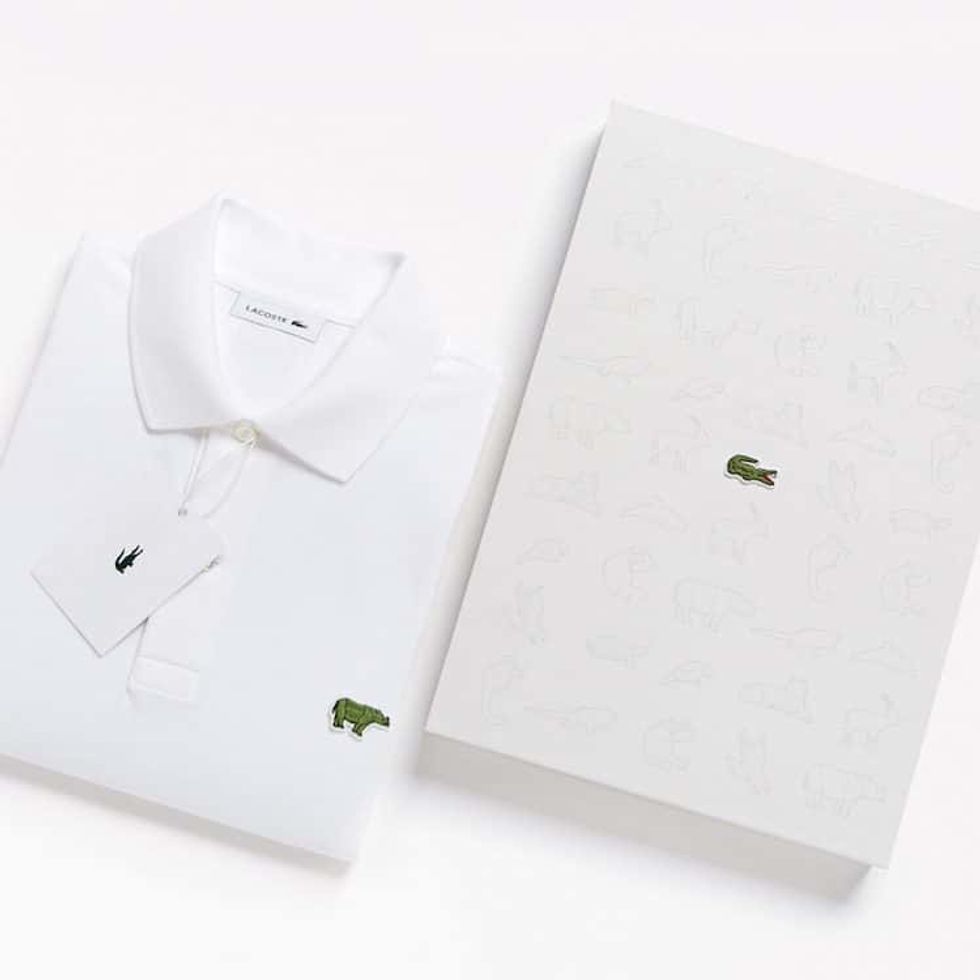 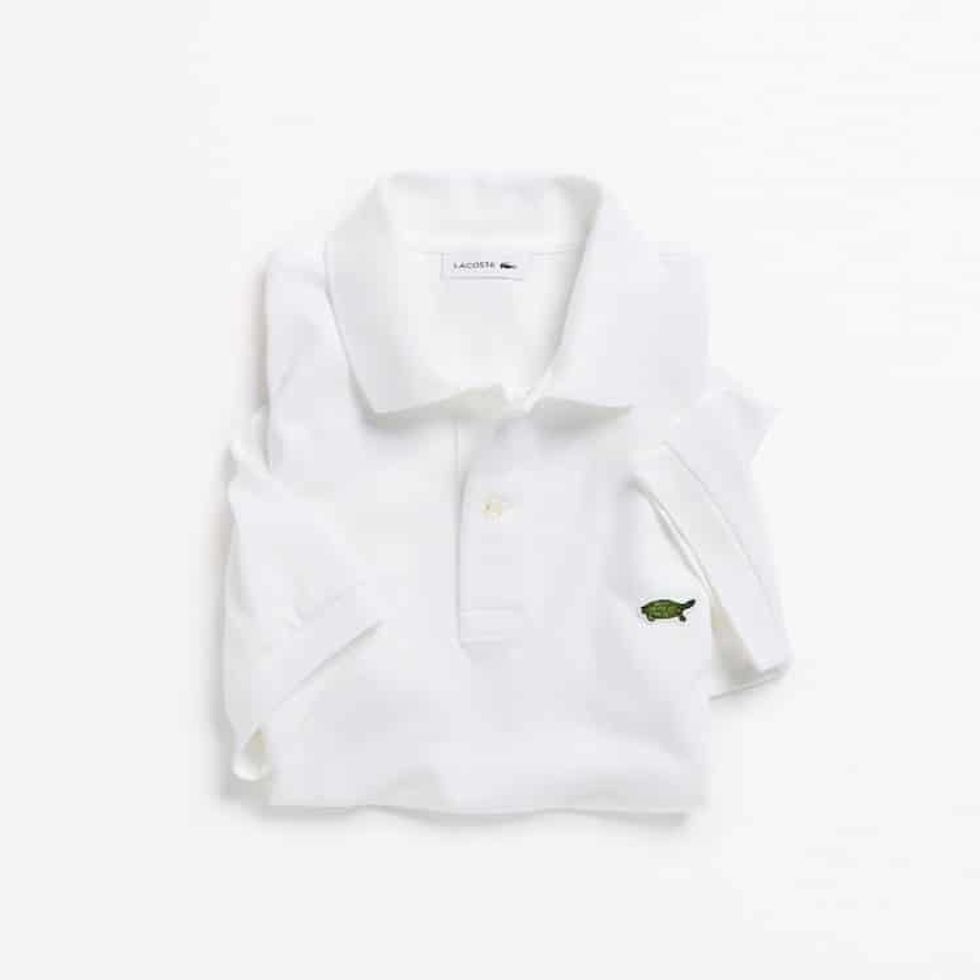 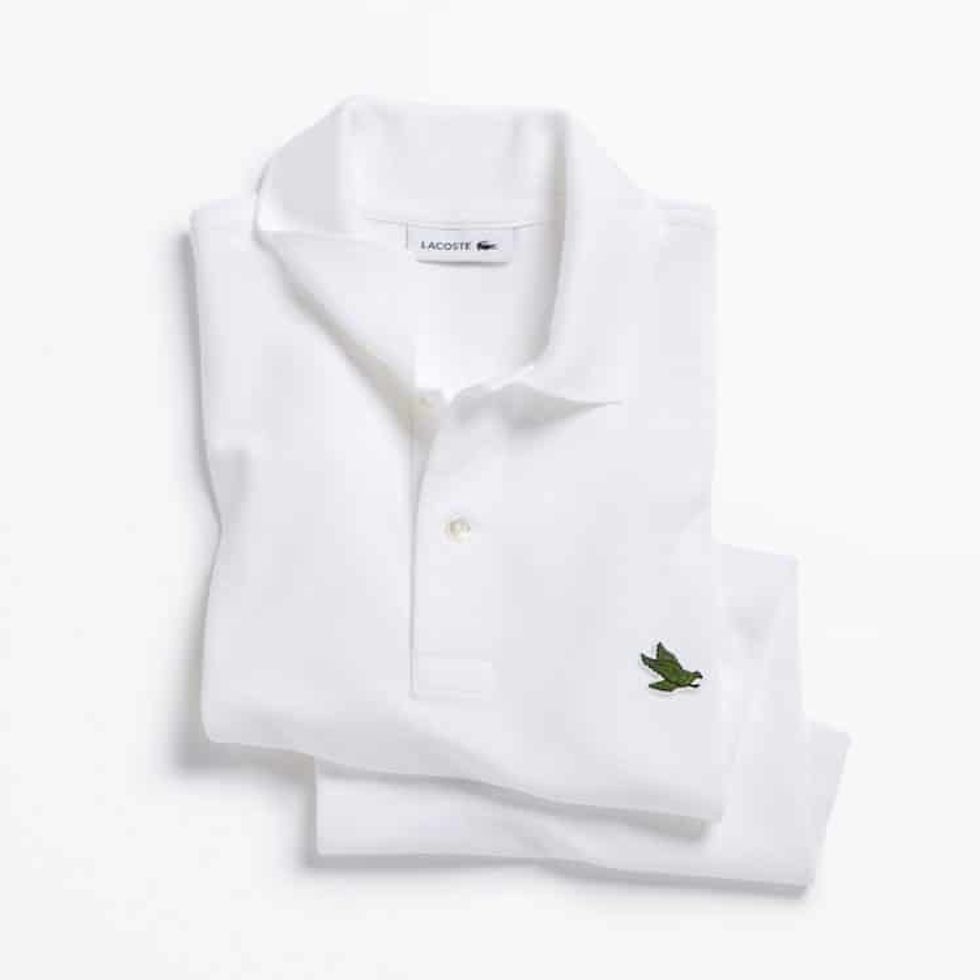 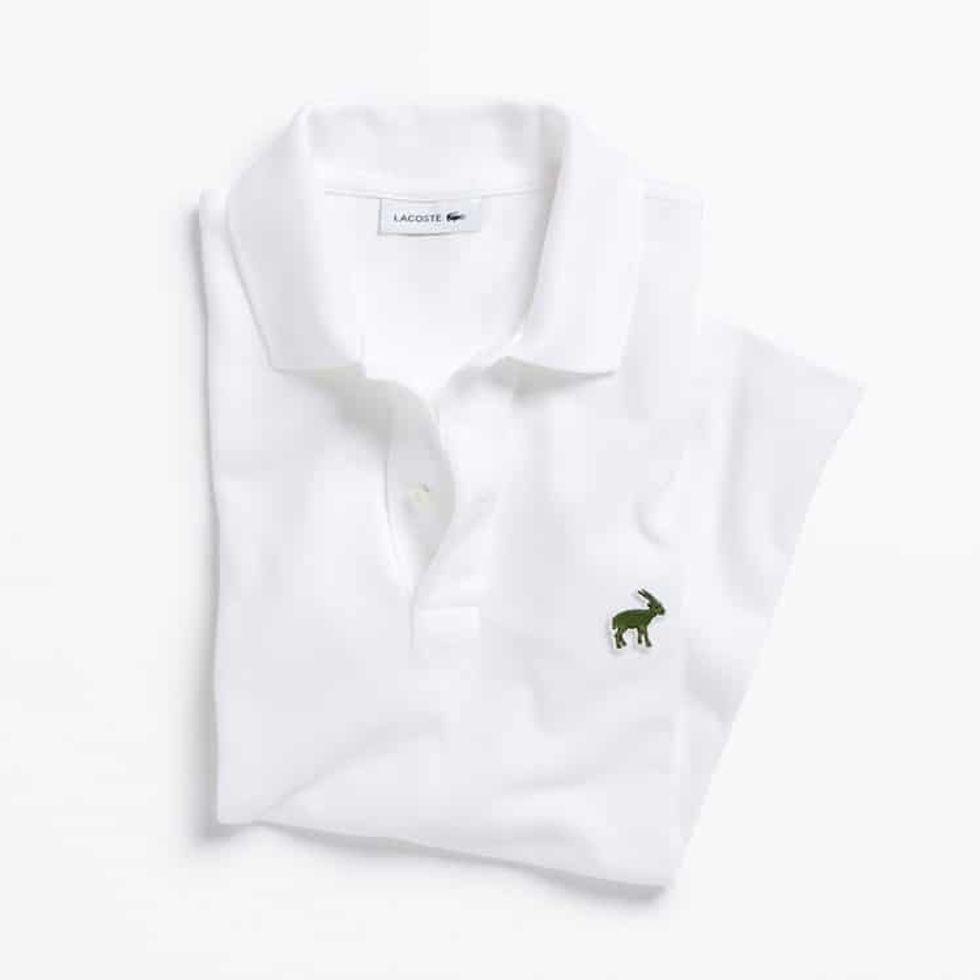 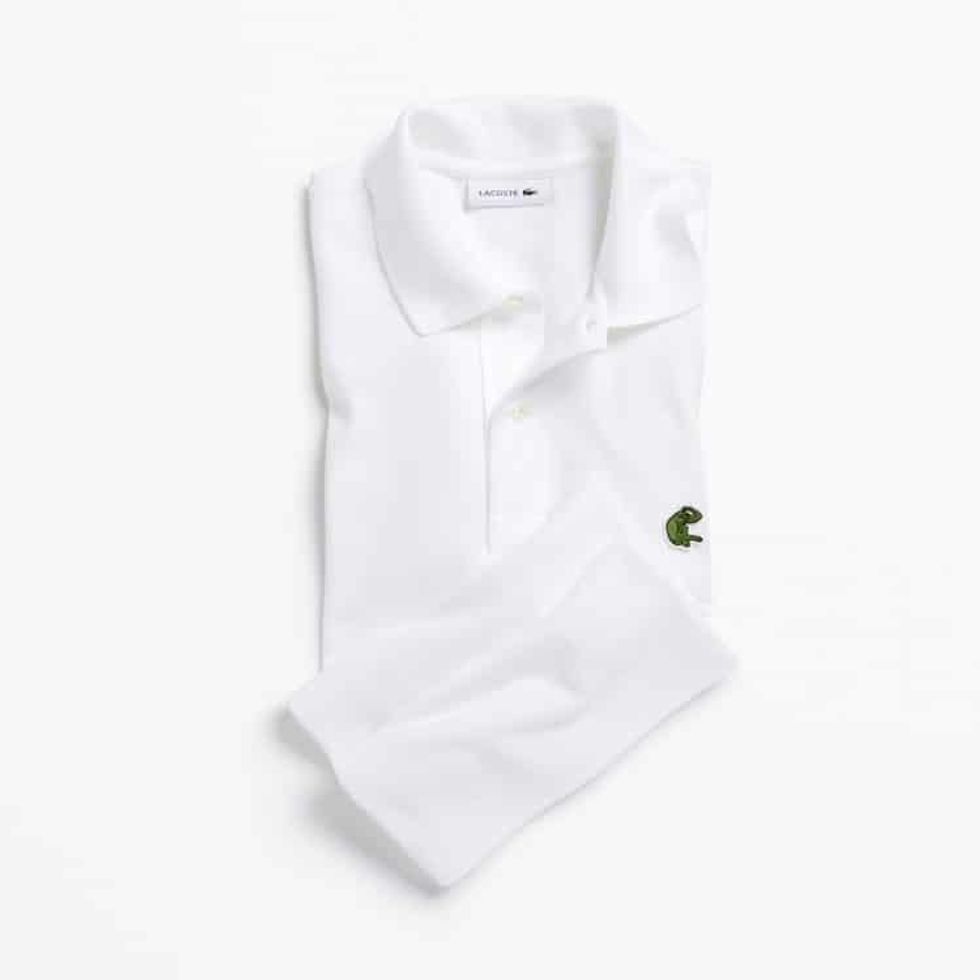 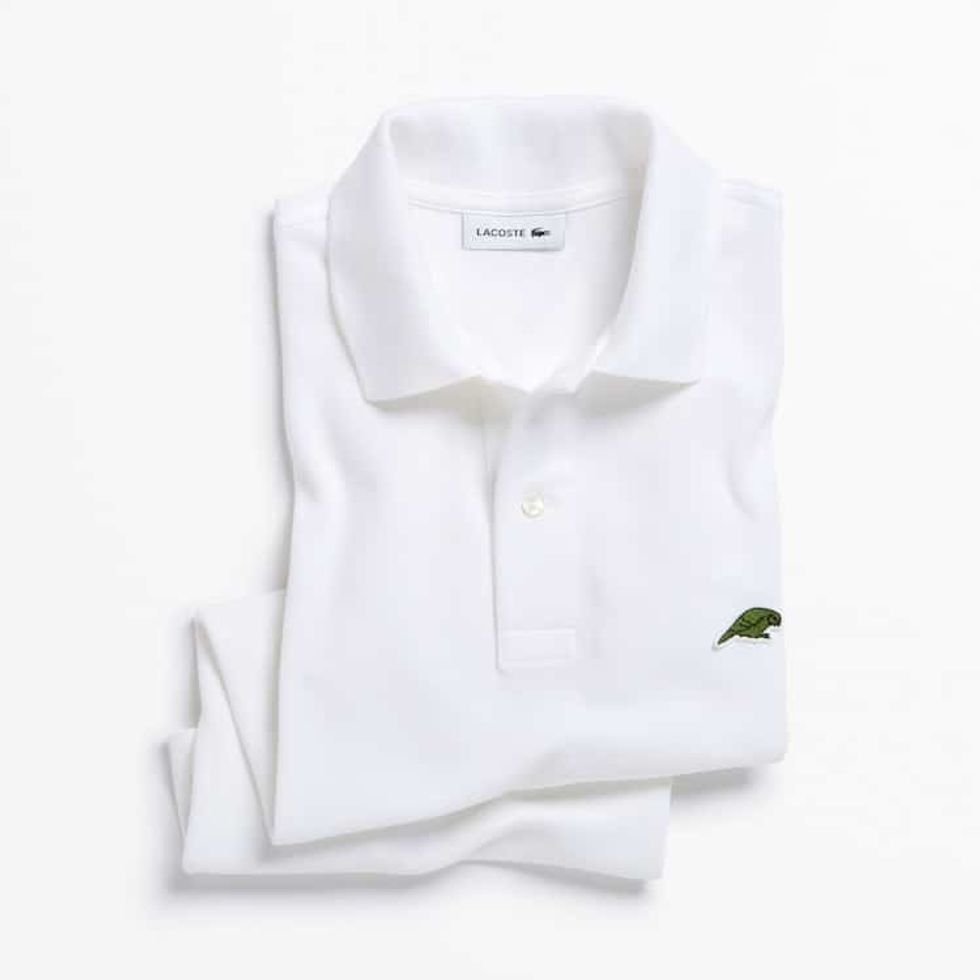 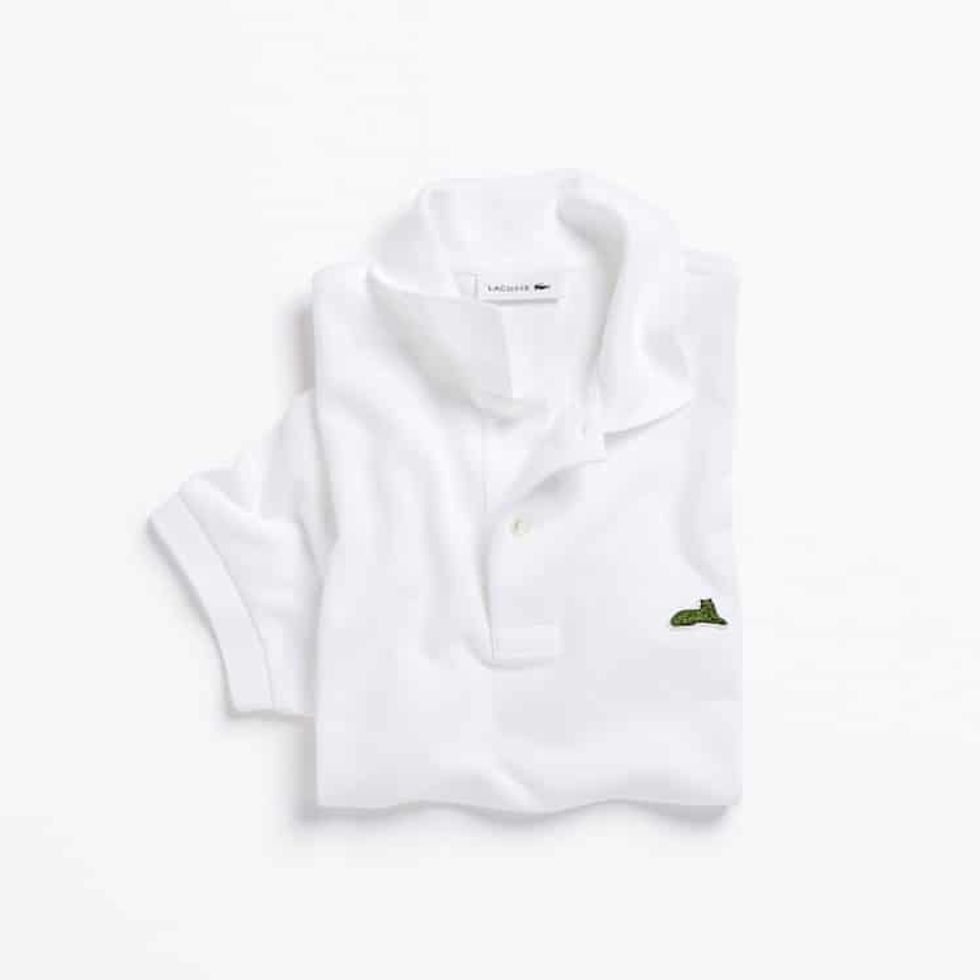 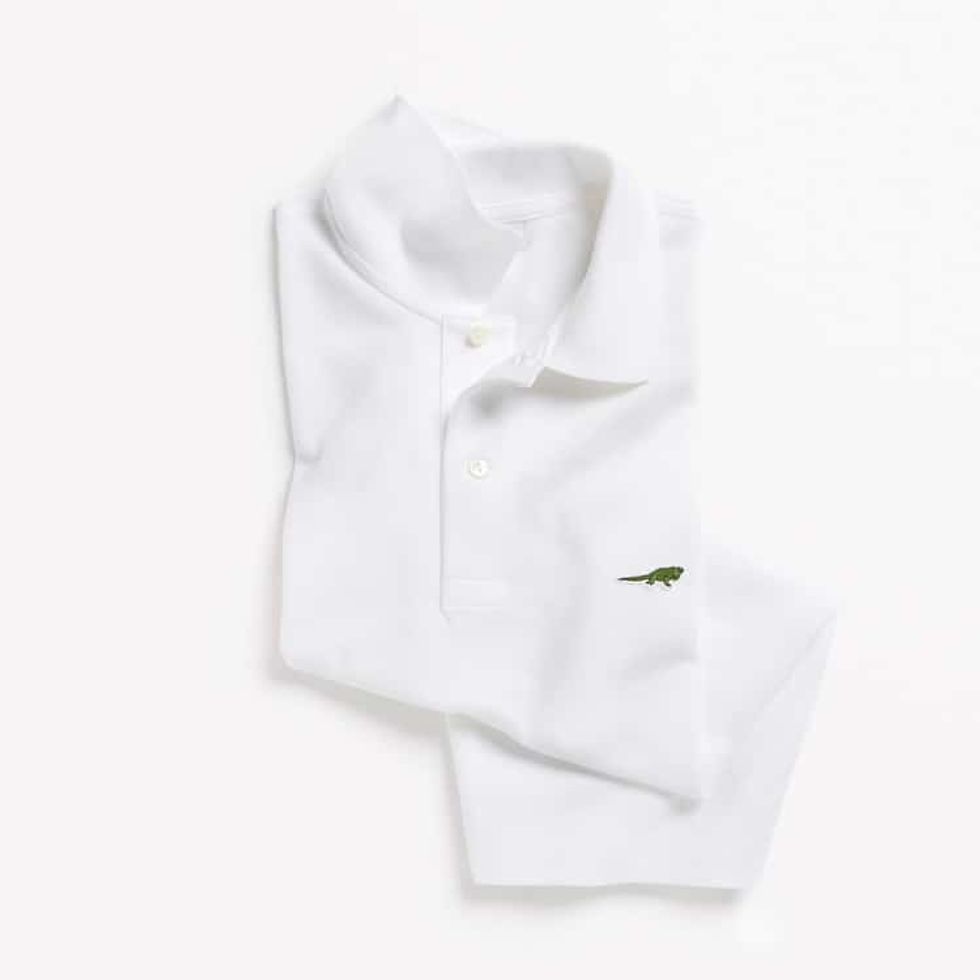 LACOSTE - SAVE OUR SPECIES youtu.be

If you found this concept inspirational or thought-provoking, please remember to SHARE the article with your family and friends on Facebook!

Rare pink dolphin mom gave birth to a cute baby dolphin. People call her Pinky, and the animal has been spotted in the Calcasiey river in Louisiana. The pink calf was there, too.

The pink mammal became popular 12 years ago when a clip was shared to Pinky's Facebook page, showing the two pink dolphins swimming in front of a massive boat in the Calcasieu Ship Channel.

Captain Erik Rue was the first to spot her.

Pinky is a Rare River Dolphin who got the pink color from a rare genetic mutation.

The International Union for Conservation of Nature (IUCN) listed river dolphins as endangered. Their population is steadily decreasing.

The birth of the calf gives us hope that calves have inherited their mother's genetic mutation which would help in the effort of increasing the population of rare species.

Pinky isn't affected by the environment or sunlight but sure likes to remain below the surface more than other animals.

Captain Rue said, via The Sun:

The mammal is entirely pink from tip to tail and has reddish eyes. The skin appears smooth, glossy pink and without flaws. Surprisingly, it does not appear to be drastically affected by the environment or sunlight as might be expected considering its condition, although it tends to remain below the surface a little more than the others in the pod. I feel very fortunate to have seen this incredible mammal and lucky to be able to work and live in the area where such a fantastic creature frequents. Our guests are always thrilled at the opportunity to spot such a unique mammal and we look forward to it being around for some time to come.

She's an incredible mammal that brings joy to locals, and guests love seeing such a wonderful mammal.

Bridget Boudreaux spotted Pinky and her calf in the river a while ago. She saw them swimming and jumping around.

Spotting the mom and her baby was a wonderful experience for her, and she even asked the captain to stop the boat so she can see it better.

It was amazing to see. I was astonished. My reaction, well I was in awe about it. It first came up straight out the water and I was like, 'Whoa! That was a pink dolphin! Stop the boat!!'

If you found this pink dolphin interesting or beautiful, please remember to SHARE the article with your family and friends on Facebook!
Nature
Higher Perspective

This Cloud Lamp Creates A Thunderstorm Inside Your Room, And It’s The Coolest Thing Ever

Do you like when it rains? Some people say rain and thunderstorms help them sleep better. Moreover, the sound of raindrops makes getting out of bed really hard.

Driven by this fact, Richard Clarkson Studio designed a real cloud lamp that makes thunderstorms. In your bedroom. Too good to be true? Well, this is real, and you can have it in your home.

The "cloud" detects your presence via motion sensors and releases unique lighting and thunders.

The lamp is packed with full-motion sensors, microphones, and speaker system.

Users can actually control the sounds and sensitivity to movements. The item is made from hypoallergenic fiberfill, and releases a nightlight and music reactive mode.

Users have full control over their "cloud." All you need is a wireless remote! The cloud includes a Phillips LED light to make thunders.

According to the studio, users can use the high-quality speaker to stream music through every Bluetooth compatible device. You can also adjust the color and the brightness of you lighting.

So, you can get your own thunderstorm machine for $3,300. If this is too much, get yourself a few non-interactive clouds for $960. There's also a "tiny" version.

All images from Richard Clarkson

As if you need another reason to love Willie Nelson, news has recently surfaced that the musician and activist is also a horse lover.

He's so fond of them that he rescued 70 horses from being slaughtered. They now roam on his 700-acre ranch in Texas.

The country musician spends most of his time at Luck Ranch when he's not on the road. The ranch is home to him and the name "Luck" suits in more ways than one.

Nelson told Paul Venema from KSAT 12 News, "When you're here, you're in Luck, and when you're not, you're out of Luck."

The horses are undoubtedly lucky, too and Nelson agrees. He told Venema:

"My horses are probably the luckiest horses in the world. They get hand-fed twice a day, and they were just ready to go to slaughter is probably the last thing they remembered, so they're happy horses."

As The Epoch Times reports, Nelson has long held a love for horses.

His song Ride Me Back Home, for instance, attests to his love for the animal. Nelson also won an award in 2015 for the video to his song The Love of Horses.

The video shows Nelson meeting members of Habitats for Horses who were trying to end the slaughter of horses by working to get new legislation passed.

A love for horses runs in the family. Nelson's son, Lukas, supports Saving America's Horses as well as Habitat for Horses. And the younger Nelson's band, Lukas Nelson & Promise, have likewise sung praise for horses.

Nelson, who is nearly 90-years-old, shows no signs of slowing down or staying silent about issues he feels passionately about.

"I retire after every show. I say, 'That's it, I'm not goin' no more,' but then we hang out awhile and people [the band] feel like playing, and so we go play again."

This article was originally posted on TheMindUnleashed.com and republished here under the Creative Commons license.

Thanks to The Epoch Times and Habitat for Horses

Starting Over Is Ok

You Pushed Her Away

Wonderful People Are Born In April

Understand How You Needed To Be Loved